Singer, Burna Boy offers £10,000 and ‘marriage’ to anyone who can give him Port Harcourt Bole and Fish in London

Nigerian singer, Damini Ogulu popularly known as Burna Boy, has pledged to marry any lady who can give him Port Harcourt Bole and Fish in London. 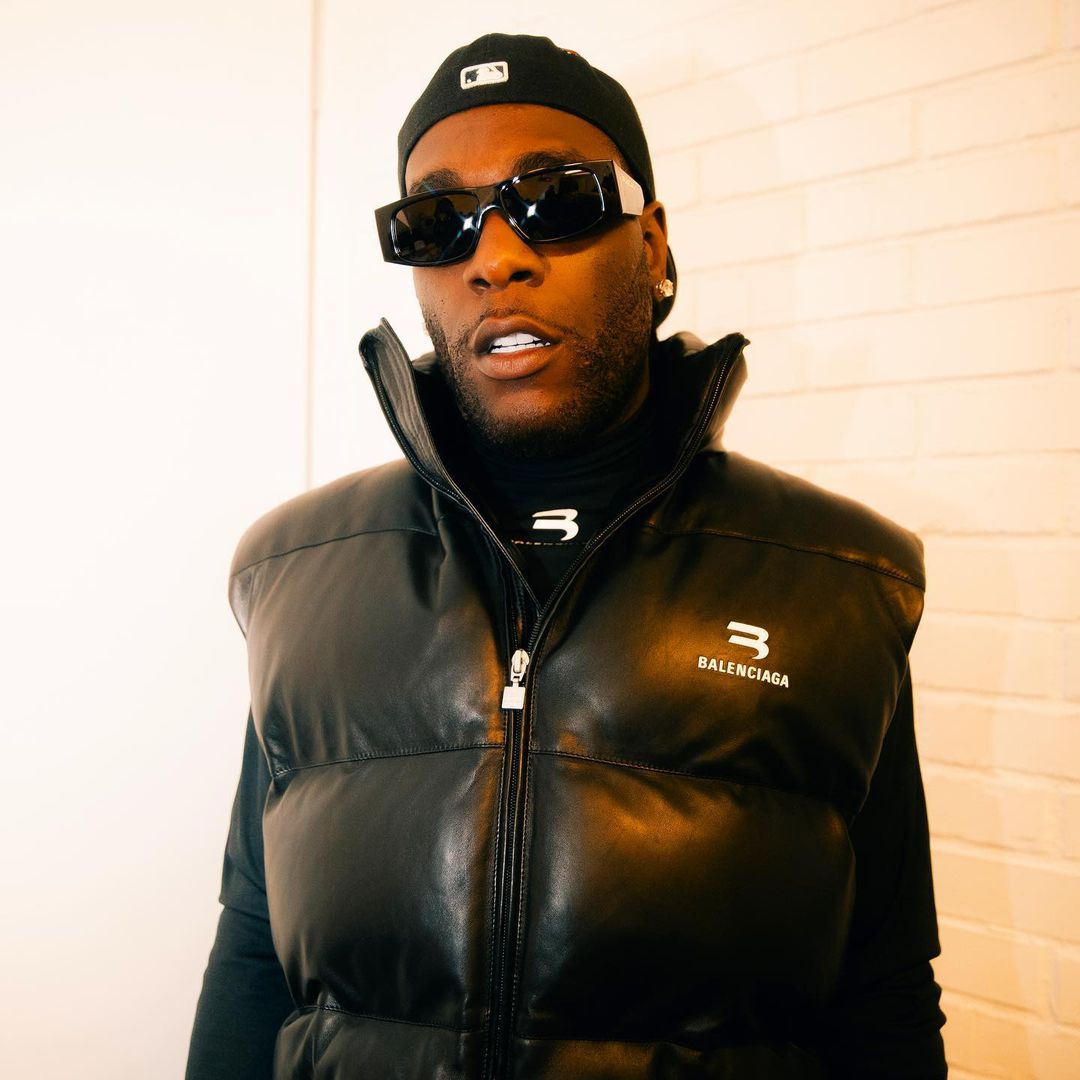 The Grammy Award winner, who seems to be craving the delicacy badly, said he is willing to pay £10,000 for it.

According to him, he has been offered all kinds of food in the UK such as mac and cheese, fried chips, salad and others, but what he feels like eating is Port Harcourt roasted plantain popularly called Bole and grilled fish. 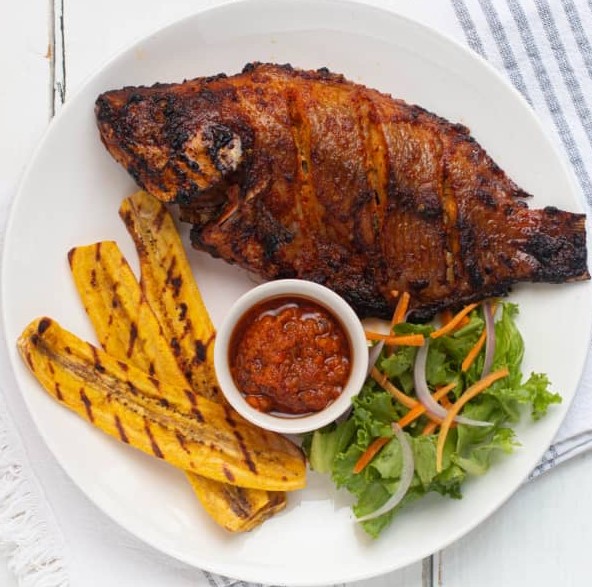 He wrote on his Instastory,

“I will pay £10k or Port Harcourt Bole and Fish in London right now. If it even comes close to the one from PH, I might marry you here sharply.” 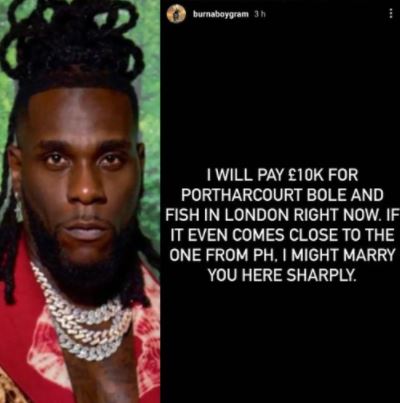 In other news, Burnaboy recently took elivery of his special edition Bulova wristwatch, months after winning his first Grammy award.

The self-acclaimed African Giant took to his social media on Sunday, August 22, to show off the timeless piece as he hyped himself with his song with Dj Tarico, “Yaba Buluku”.

In the video, Burna Boy could be seen taking the wristwatch out of its box and flaunting the Grammy award icon on the buckle. He captioned the video, “Grammy watch.”