The Juventus forward has netted a whopping 102 goals for Portugal, with whom he will face Azerbaijan, Serbia and Luxembourg on March 24, 27 and 30, respectively. 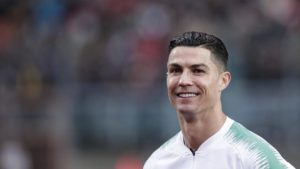 Having made his debut with the Portuguese national team at the age of 18, on August 20, 2003 in a match against Kazakhstan, Ronaldo is not willing to miss out on the opportunity to break another record.

The first time Ronaldo hit the back of the net for Portugal was in the 2004 European Championship, one which was held in his native country, against Greece on June 12, 2004.

His first professional goal came two years earlier, on August 14, 2002, when he scored for his, then club, Sporting CP, before moving to Manchester United.

Since that game against Greece, Ronaldo has not stopped bagging goals with Portugal, with his highest-scoring year being in 2019, when he netted 14 times.

Last year, one which was marked by the COVID-19 outbreak, Portugal played just six games, with Ronaldo netting three goals.

Ronaldo‘s main objective is to help his national team qualify for the 2022 World Cup in Qatar, but he is likely to do so while breaking the all-time international goals record.

Pep Guardiola talks on Erling Haaland for the first time

Dolly Kitty and Those Twinkling Stars – 2019