Social media is abuzz with reports that Nigerian singer, Adekunle Gold has been cheating on his wife, Simi.

According to popular blogger, Gistlovers, Adekunle started cheating on Simi while she was pregnant with their baby.

Gistlovers called out a model named Teminikan, claiming she is the lady the Orente hitmaker has been having an affair with.

The blog shared photo of the lady and warned her to stay clear of the father of one.

Nigerians have taken to Twitter to express their feelings in response to the news.

While some believe the report is false, others joked about the alleged infidelity.

View some reactions below… 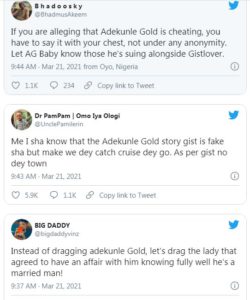 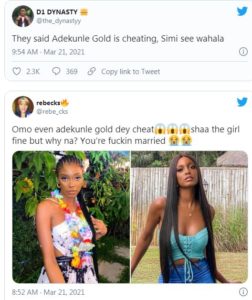