Fresh facts have emerged on the swirling controversy over the instruction given by Northern Elders Forum, NEF, to Fulani herdsmen in parts of Southern Nigeria, to return to the North, on account of the quit notice allegedly given to them.

The Ondo State government had first ordered the herdsmen to leave its forest reserves and this was followed by Yoruba activist, Sunday Igboho, who allegedly sacked the Sarkin Fulani in Oyo State.

Since the quit notices and NEF directives were issued, high level consultations at governorship level have been ongoing to resolve the crisis occasioned by these socio-political developments.

The NEF had even urged governors of the northern states to prepare to receive law abiding herders who want to return to the North. 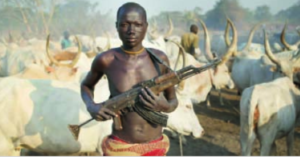 However, the body of Sarkin Fulani (heads of Fulani communities in parts of the Southern Nigeria), who are at the centre of the controversy, have stridently said they were aware of the “Return-to-the-North” directive issued by the NEF, arguing that it was never communicated to them.