in Uncategorized
Reading Time: 1min read
A A 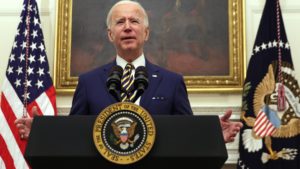 Joe Biden will pledge $4 billion in US aid to the Covax global Covid-19 vaccination program during his virtual meeting with other G7 leaders on Friday, White House officials said.

An initial $2 billion will be released “by the end of this month,” with the rest coming over the next two years, said a senior White House official, who asked not to be identified, on Thursday.

Covax is a global project to procure and distribute coronavirus vaccines for at least the most vulnerable 20 percent in every country, allowing poorer nations to catch up with the rush by dozens of wealthy countries to vaccinate.“

The United States is really excited to be making our first contribution to Covax,” the White House official said. “We do think it is vital to take a role in beating the pandemic globally.”

Although the United States is “prioritizing” domestic needs, assistance to other countries “decreases the risk to everyone in the world, including Americans, and also decreases the risk of variants,” the official said.

For now, the focus is on contributing funds for purchase of new vaccines but “when we have a sufficient supply it is our intention to consider donating surplus vaccines,” the official said.

Group of Seven leaders will be discussing international coordination on ending the deadly and disruptive pandemic when they meet virtually on Friday.