Dorathy, who was introduced by Makinwa, as a guest on what seemed like a chat show reacted shyly as the host commented on the massive size of her boobs.

Makinwa revealed she had never seen boobs that huge in her entire life.

She went further to state they however looked nice. 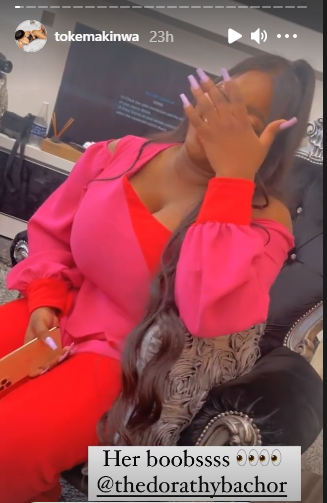