Dotun made the accusation as his entry into the social media trend where Desmond gets the blames for any unfortunate, unpleasant or ridiculous matter that takes place either in Nigeria or internationally.

The radio host, revealed that he tried to recharge an airtime but was unable to do so due to poor network, however rather than heap blame on the service provider, he accused the Lagos state house of assembly member of being responsible.

”I want to recharge my phone and I can’t due to the poor network. It’s not their fault, na Desmond Elliot cause am,” he tweeted. 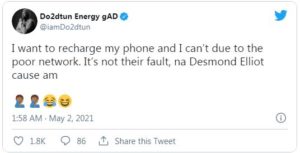 There were some other tweets blaming the lawmaker for several other issues;
See some posts… 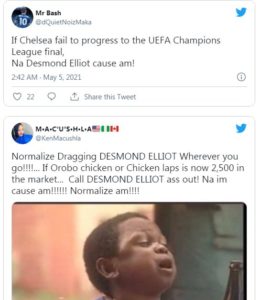 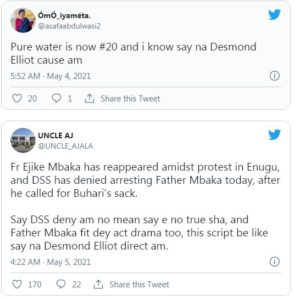