Born in Eruwa, Nigeria, Sikiru hails from the traditional lineage of Yoruba talking drummers culturally referred to as Ayan which means “one who has descended from drummers lineage,” and began playing under the tutelage of his father Chief Ayanleke Adepoju at the age of six.

Along with his brothers Saminu and Lasisi, Sikiru accompanied the family’s talking drum ensemble for several years.

After moving to the San Francisco Bay Area in 1985, Sikiru joined the influential and pioneering Nigerian percussionist Babatunde Olantunji and his Drums of Passion. 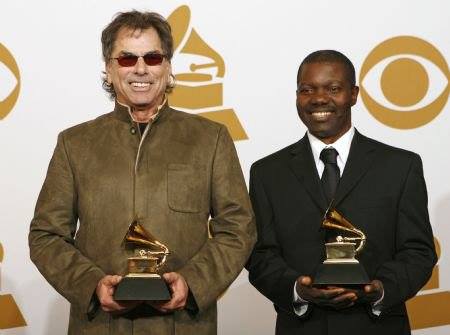 This marked a lengthy period of high productivity from Sikiru which saw him recording and performing throughout the world until a year before Olantunji’s death in 2003..

During this period he was introduced to Grateful Dead drummer, Mickey Hart, who has called Sikiru “The Mozart of the talking drum,” and employed him on many of his personal projects including the Grammy award-winning albums – Planet Drum (1991) and Global Drum Project (2009).