Lady narrates how she trekked from Ikeja to Mile 12

After visiting a guy who refused to give her transport fare

A Nigerian lady has taken to social media to share her experience after visiting a guy she met on Twitter.

According to the lady with Twitter handle @orla_mide, she went to visit the guy at his home. On getting there, he wanted to get intimate but she refused. 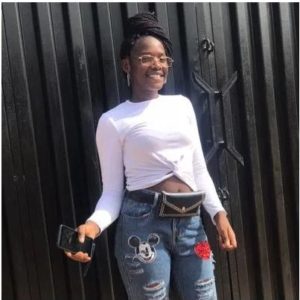 So she then decided to leave, however, he refused to give her money back home and considering that she was not having transport fare, she had to trek from Ikeja to Mile 12 in Lagos.

Olamide said the incident happened last week, and she only visited him because he offered to give he money to and fro.
Regretting her actions, she vowed never to pay a visit to any man she meets on Twitter again.

”I met this guy on twitter, I went to his house, he wanted to touch me I didn’t let him

Na leg I use waka from Ikeja to mile 12 that day”
When it seemed like people were doubting and bashing her, Olamide wrote further;

”I trekked.. I am not visiting any guy on this app again

”Some of you are saying you stepped out without tfare, I was dam broke that week. He asked me to come that he would give me tfare to and fro”