Formal INEC chairman, Prof Attahiru Jega, is perfecting plans with some northern stakeholders to join the Peoples Democratic Party and contest for the presidential elections in 2023.

My360info gathered information’s from top sources that Jega might soon join the PDP to intensify moves on mobilisation across the North for his presidential ambition.

“Jega is moving to join PDP as presidential candidate. He is well respected and thinks he enjoys goodwill to run for 2023,” a competent source told SaharaReporters.

The former INEC chairman, who presided over the 2015 general elections which produced the then opposition, the All Progressives Congress, winning the presidential poll, has been critical of the same government he declared winner. 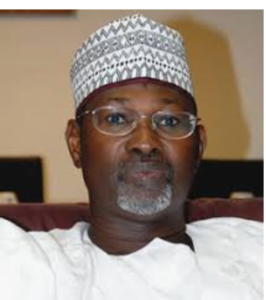 This January, Jega described the administration of President Muhammadu Buhari as disappointing, saying many Nigerians were worried about the direction it was taking the country.

The Professor of Political Science had accused the present administration of being very inept at managing peaceful coexistence in the country.

“Unfortunately, he has disappointed so many people. He still has time to correct things if he has the capacity to do that. But frankly, his government has been very disappointing. Many people wish him well but are worried about the direction the country is taking.

“Governance has been very poor at the federal level and many of the states, that is why we are seeing challenges everywhere; whether it is insurgency, banditry, armed robbery or other things,” he stated.

The former INEC chairman further stated that the accumulated misgivings by sections of the citizens led to frustrations, which “find expression in these demands for restructuring.” He also described Nigerian politicians as greedy, selfish and reckless.

He had continued, “We have a lot to do; and the first thing to do is to get it right by securing the mindset of our politicians from selfishness, greed and reckless banditry. Actually, many of them are also bandits, not just those who stand by the roadside with AK-47.

“To steal recklessly from government’s coffers and turn hundreds, if not millions of people into poverty, deny children the opportunity to go to school because they have stolen the money that would have gone into education or was supposed to buy arms and ammunition for the military, to the extent that they can no longer fight banditry, that is banditry itself.”

Sources within the PDP said they would wait for Jega to join the party first, before commenting on the feasibility of his presidential ambition for 2023.

Nigerians abroad have no rights to complain about killer herdsmen