Another incidence of Boko Haram terrorist ramming  an explosives-laden vehicle into them during a clash in Yobe State, my360info gathered. 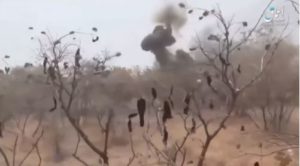 It was believed the bomber belongs to Islamic State West Africa Province (ISWAP) faction of the group, targeted the military convoy in Goniri, a border community between Yobe and Borno states.

The insurgents also engaged the Nigerian troops in a shootout. 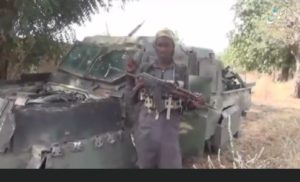 “There was an SVBIED (Suicide Vehicle Borne Improvised Explosive Device) attack at Goniri yesterday, so many soldiers were killed and injured. The number of casualties is currently unknown,” a military source said

It was reported  that the IDPs were attacked inside a forest outside Damboa town while they were searching for firewood.

ISWAP, which split from the mainstream Boko Haram in 2016, has become a dominant group, focusing on military targets and high-profile attacks, including against aid workers.

The Nigerian Army has repeatedly claimed that the insurgency had been largely defeated and frequently underplays any losses.

The terror group has caused over 40,000 deaths and displaced millions of individuals mainly in Adamawa, Borno, and Yobe states.

Alleged Rift Between Buhari And Tinubu, Handiwork Of Cynics – Presidency