”If you are looking for perfection, go to the nearest mortuary”- Bobrisky fires back at people questioning his ‘new body’

Crossdresser, Bobrisky, has hit back at people questioning his ‘newly enhanced’ body.

Bobrisky recently claimed he went under the knife to get more hips and butts to make himself look more feminine. 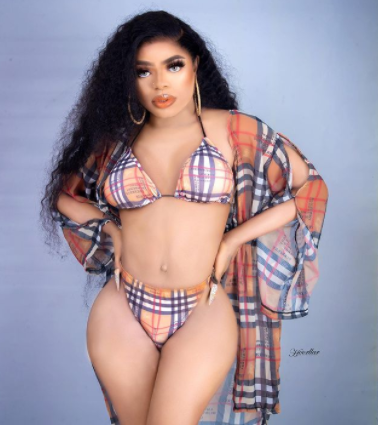 Shortly after sharing photos of his new body, many people disbelieved him, claiming he still looks the same. Some alleged that he used some mobile application to adjust his hips and butt in his new videos and photos.

He has now fired at his critics. In a post shared on his Instagram page, Bobrisky said he went for a body enhancement that would suit his ”small” structure. He added that he did not do his body to please anyone but himself. See his post below 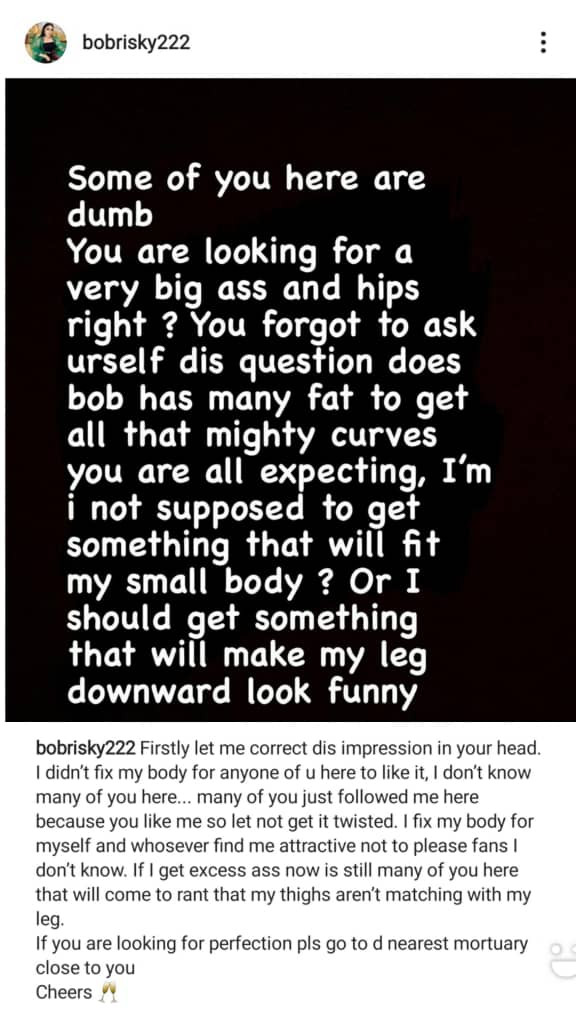