Barbadian-American singer, Rihanna has gotten fans talking after sharing a video of herself bumping and jamming to Wizkid’s song
In the video clip, the Grammy winning songstress, was in a room with two people on her team as they vibed to Wizkid and Tems’ Essence off the Made in Lagos album. 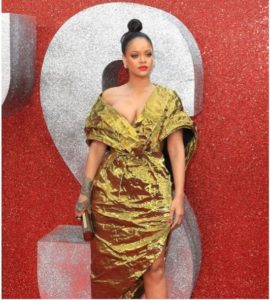 She did not say anything but posed a little for the camera as the song reverberated in the background. This singular clip has made fans super excited at the thought that someone as big as Rihanna listens to and loves Wizkid’s sound.
Watch the video: