In Your Life, Have You Ever Think Of Committing Suicide?

Suicide is not the best option as people usually say
But people are differently depressed and the saddest part is you might not know, a depressed person might be your close friend, relatives.

So after their suicide, you start saying, ‘why would you do this and that?’ 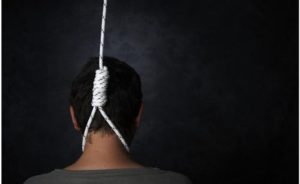 These people committing suicide are somebody like me and you, the only difference between us is we are still alive. Some people that have committed suicide have also read about suicide news, sympathize with victims, and even blamed the dead for taking such a step when they are still alive.

Depression is that feeling you have when everything is not as plan when you’re losing it all or battling with some things that weak you mentally. It may be described as feelings of sadness, loss, or anger that interfere with a person’s everyday activities. In other words, depression is classified as a mood disorder.

Many things lead to depression, only a nincompoop would conclude that money is the only reason why people go into depression.

Statistically, financial issue is one of the reasons why people get depressed and also relationship issue, medical condition, and many more.

Have You Ever Been Depressed?

If I was asked this question, I would say yes!

I was really depressed in the last two years and this was a cause of relationship turmoil, I taught I wasn’t going to continue after being betrayed by a trusted partner.

Do you know how many people out there being depressed because of relationships problem, breakup issues, losing their loved ones, and marriage issues?

Have You Ever Think Of Committing Suicide?

This is the last stage of it, it is the stage many people believe to found the cure to their mood disorder.

Statistically, the average people battling depression end up committing suicide or attempt to commit suicide. In a real context, if four people are been depressed, there is a tendency that at least two people will commit suicide.

Kindly talk to us

In Your Life, Have You Ever Think Of Committing Suicide?

We would love to read with you in the comment section, what make’s you think of committing suicide.

“Should we do movie or TV series” – Osita Iheme, Chinedu Ikedieze tease fans with on-screen return of Aki and Pawpaw