Davido excited over his Hollywood debut

As Coming to America 2 is set to be released

Nigerian music superstar,Multi-award winning David Adeleke has taken to social media to promote Coming to America 2 ahead of its official release.

The classic movie sequel will hit theatres on March 5, 2021 after years of keeping fans waiting to watch the mythical city of Zamunda. 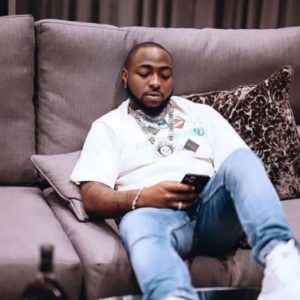 Davido, excited over the news which will see him make his Hollywood debut, took to Twitter to share his IV to the official viewing.
The Paramount pictures film originally debuted in 1988.
Part of the cast from the original film return to reprise their roles; these include; Eddie Murphy, James Earl Jones, Shari Headley and Arsenio Hall. 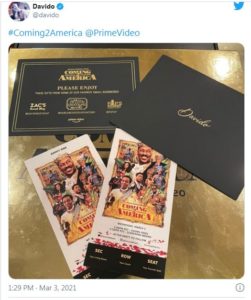