A Nigerian couple have reportedly ended their relationship of two years over the man’s reluctance to buy his girlfriend an iPhone 11. 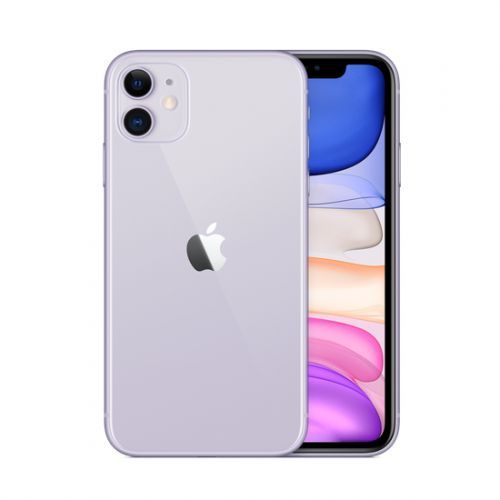 According to the chat shared online by @jayythedope on Twitter, the lady gave her boyfriend an ultimatum to buy her the phone and on his failure to do so, she would end the relationship.

When asked if the phone is of more importance to her than their two-year relationship, the young lady boldly said YES.

The distraught man disclosed that he had earlier bought her a bone-straight wig and told her to be patient with him while he pools funds for the iPhone, but she insisted on getting the iPhone 11 by the said date which is her birthday.

He disclosed that he felt pressured by her demands and decided to break off the relationship with her. 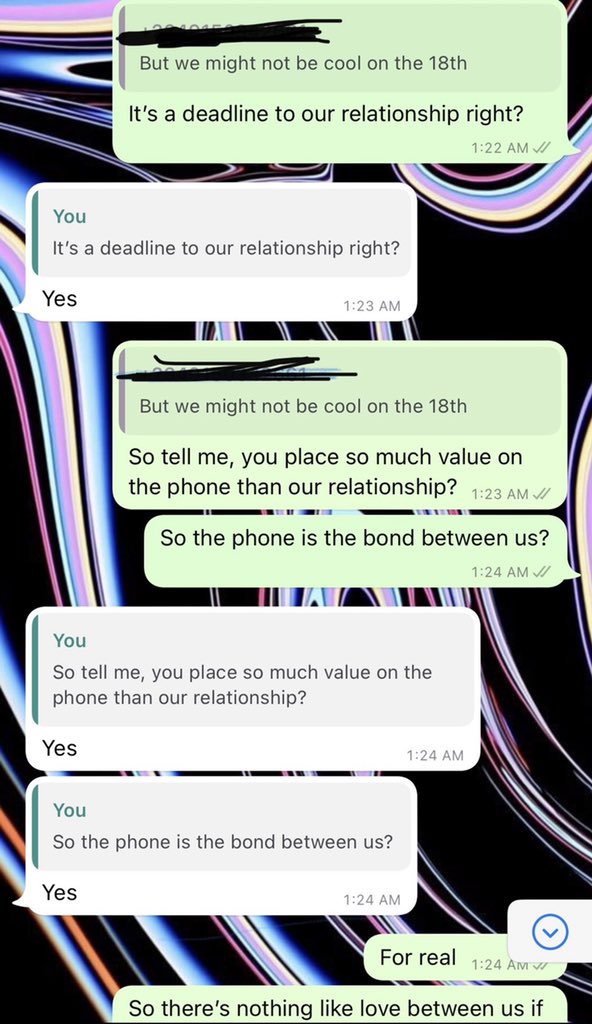 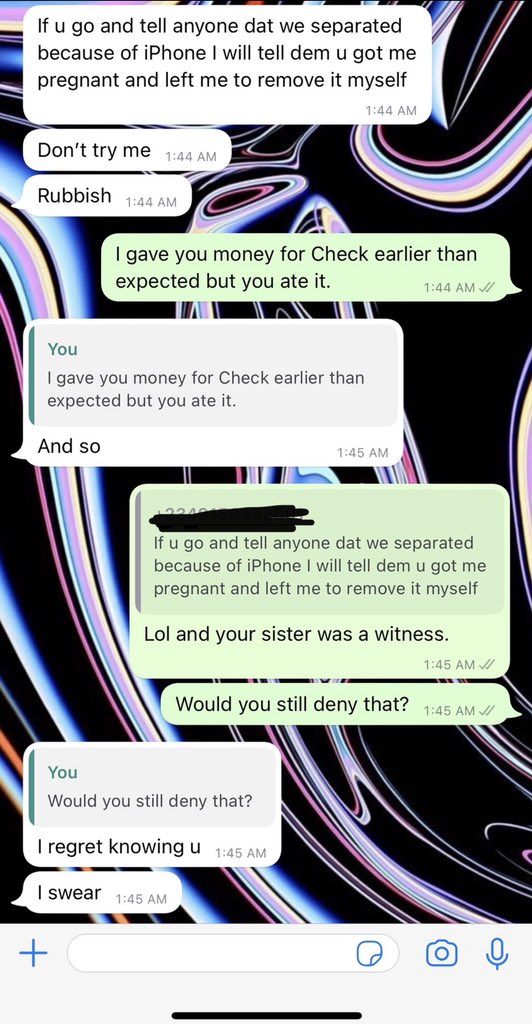 Read the conversation between the man and @jayythedope where he explained his predicament below, 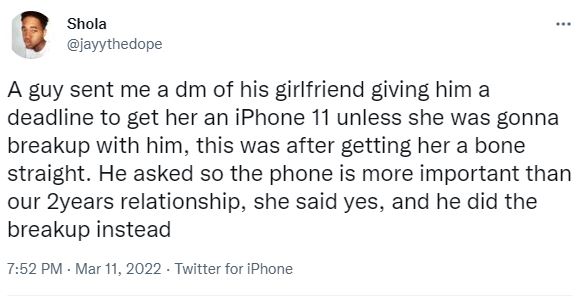 Officers on a mission to rescue abducted Kagara students