Members of the Boko Haram sect have killed 22 herders in Borno state.

my360info gathered that the herdsmen were killed during the weekend in Monguno.

A resident of the community told SaharaReporters that the insurgents also abducted some of the herders and went away with many cows. 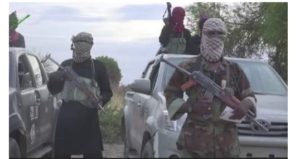 “We have recovered 22 dead bodies, all of them brutally killed,” he said.

Boko Haram has increasingly targeted farmers, herders and loggers, accusing them of spying and passing information to the Nigerian military.

They have also been raiding herding communities, stealing cattle, a valuable commodity in the region to fund their operations.

In December 2020, the insurgents invaded a rice plantation in Zabarmari, a community in Jere Local Government Area, killing at least 43 farmers.

The Nigerian Army has repeatedly claimed that the insurgency has been largely defeated and it frequently underplays any losses.

The terror group has caused over 40,000 deaths and displaced millions of individuals mainly in Adamawa, Borno and Yobe states.