Actor Uche Maduagwu has accused Davido of using Chioma, the mother of his son Ifeanyi, to promote his music or show.

Recall that on Tuesday, Davido hailed Chioma on social media for being a good chef.
READ ALSO:“Oxford no be my mate” DJ Cuppy opens up about her struggles at Oxford University

Uche is of the opinion that Davido had an ulterior motive for hailing Chioma. In a post shared on his Instagram page, he stated that if Davido is not ready to marry Chioma, he should stop hailing her and using her to ”grow his music career. ” 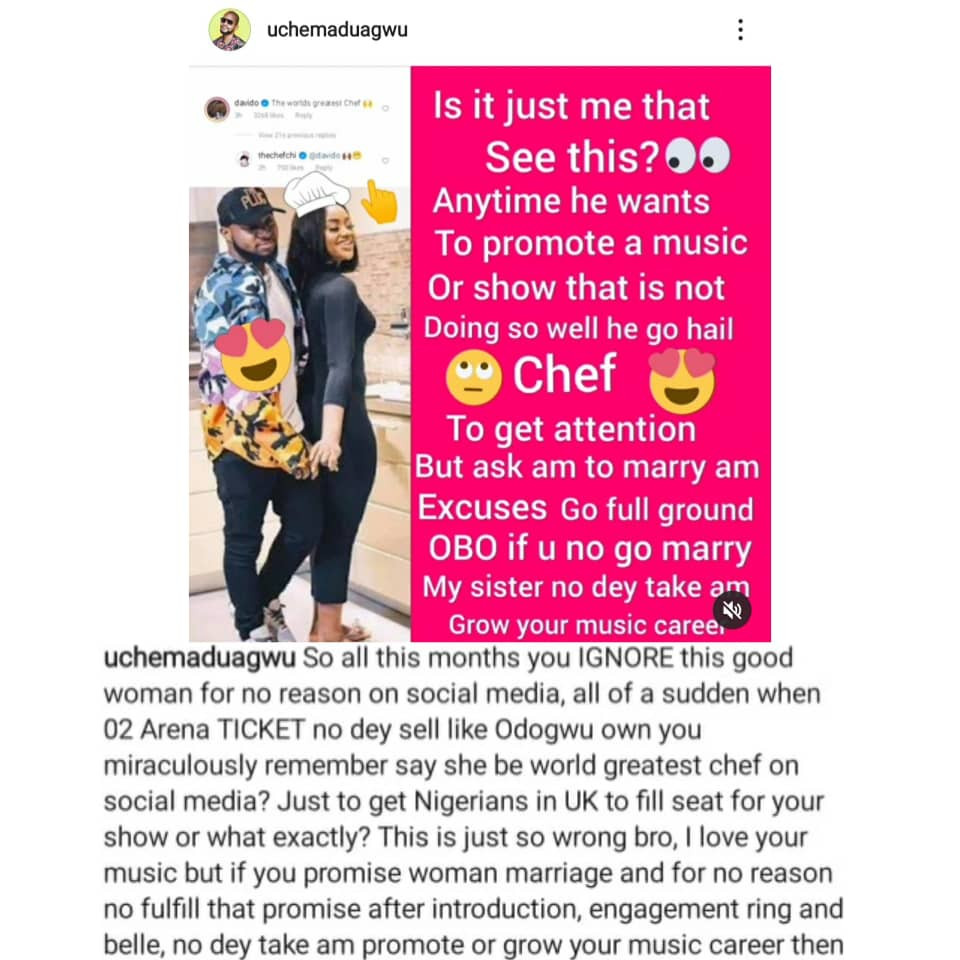 Movement Of Food Trucks Resumes From North To South